Greater Midwest Foodways Alliance in collaboration with Culinary Historians of Chicago and with funding from the Julia Child Foundation for Gastronomy and the Culinary Arts is pleased to announce financial support for the study of Midwestern foods and food-related institutions. This support is offered as three American Midwest Foodways Scholar’s Grants: One grant is for $3,000, a second is $1,500, and a third is $500.  Each is intended to help underwrite the research of academics and other investigators who intend to publish their findings in books, articles, videos or other media.  The awards are merit based and unrestricted.  They can be used to support fieldwork, library visits, conference attendance, or other activities related to the applicant’s proposed project. Applicants specify the level of funding for which they wish to apply. However, the committee, at its discretion, will choose the level of grant to make in its individual awards, i.e. a request for a larger amount may receive a lesser sum.

American Midwest Foodways Scholar’s Grants committee has decided to award these proposals with grants funded by the Julia Child Foundation for Gastronomy and the Culinary Arts.  The competition was very stiff and our decision difficult because of the quality of the proposals, so many congratulations to those receiving this award.

There Are Five Parts To The Application For The American Midwest Foodways Scholar’s Grant:

(1) An Unsigned Essay of up to 500 words detailing the project for which the American Midwest Foodways Scholar’s Grant is sought;

(2) A budget showing how the money is to be used and why the requested sum is needed;

(3) A letter of recommendation from an individual familiar with the applicant’s work in food studies (single original);

In the Unsigned Essay the applicant should describe, in detail, the project for which the grant is sought and its projected contribution to food studies. Creativity and scholarship are the main criteria by which projects will be evaluated.

The Unsigned Essay evaluation will be blind — that is, the judging committee members will not be able to identify the author of the essay. Do not sign the essay, but do include the working title you provided on the Application Form and Release.

Applications and supporting documentation must be postmarked no later than April 1, 2013 and may be sent by e-mail to CulinaryHistorians@gmail.com and by U.S. First Class Mail (i.e. not via registered or certified mail) to:

If you would like confirmation your application was received, please contact us by email.  It is anticipated the recipient will be announced on or before April 20, 2013, with the funds disbursed soon thereafter. The winner will be a featured speaker at a Culinary Historians of Chicago or Greater Midwest Foodways Alliance meeting during the 2013-14 period to share the fruits of the funded research.

The Greater Midwest Foodways Alliance and Culinary Historians of Chicago would like to increase the amount or number of grants given in the future.  Contributions to the fund are encouraged. Further information is available by contacting us.

The Greater Midwest Foodways Alliance is a tax-exempt organization under § 501(c)3 of the Internal Revenue Code. Please consult your tax advisor for advice on the tax deductibility of contributions. 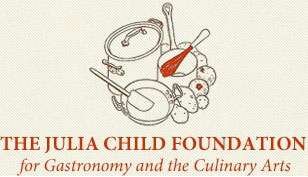