Competition was conducted on August 1st, these are the results: 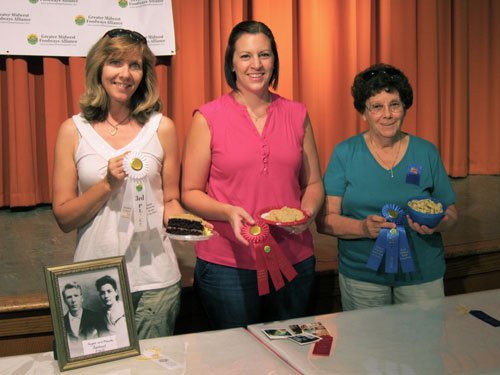 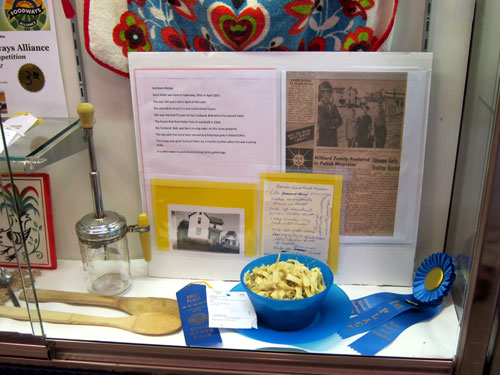 Aunt Helen was born in Galloway, Ohio in April 1911.

She attended school in a one room school house.

She was married 73 years to her husband, Bob before he passed away.

The house that Aunt Helen lives in was built in 1914.

He husband, Bob, was born in  a log cabin on this same property.

The log cabin has been moved to a historical park in Hilliard Ohio.

The recipe was give to Aunt Helen by a friend’s mother when she was a young bride.

It is often take to and shared at family gatherings.

Season to taste with salt and pepper.

Layer starting with noodles and end with sausage. 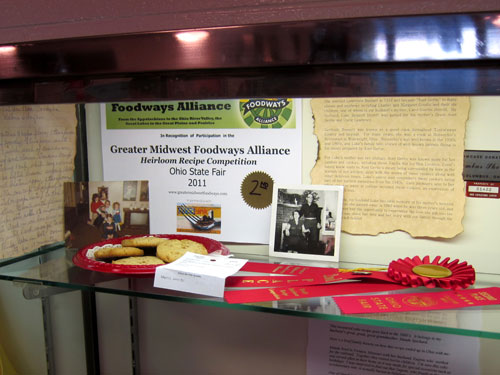 Gertrude Bennett was born March 17, 1906 in Tuscarawas County, Ohio. She married Lawrence Bennett in 1922 and became “Aunt Gertie” to many nieces and nephews including Charles and Margaret Goodin and their six children, one of whom is my husband’s mother, Carol Goodin Merritt. My husband, Luke Bennett Merritt was named for his mother’s Great Aunt Gertie and Uncle Lawrence.

Gertrude Bennett was known as a great cook throughout Tuscarawas County and beyond. For many years, she was a cook at Bonvechio’s Restaurant in Wainwrigh’t, Ohio. Bonvechio’s was well known in the 1950s and 1960s, and Luke’s family tells stories of well-known patrons flying in for dinner prepared by Aunt Gertie.

For Luke’s mother and her siblings, Aunt Gertie was known more for her candies and cookies, including these Vanilla Nut Ice Box Cookies. Carol’s family knew visits to Aunt Gertie’s meant being surrounded by love in the warmth of her kitchen, alive with the aroma of these cookies along with other delicious treats. Luke’s oldest aunt remembers these cookies being part of her earliest memories from the 1940s. Care packages sent to her when she was away at college included these cookies, an expression of Aunt Gertie’s love.

Unfortunately, my husband Luke has little memory of his mother’s beloved Aunt Gertie as she passed away in 1983 when he was three years old, and while he never had the opportunity to experience the love she put into her cooking, he can share her love and her story with our family through the recipes she left behind. 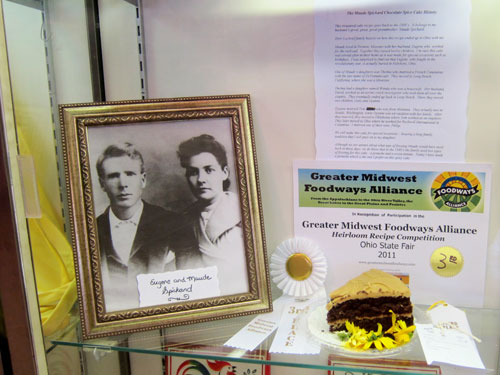 This treasured cake recipe goes back to the 1880’s. It belongs to my husband’s great, great, great grandmother, Maude Spickard.

Here’s a brief family history on how this recipe ended up in Ohio with me:

Maude lived in Trenton, Missouri with her husband, George who worked for the railroad. Together they raised twelve children. I’m sure this cake was served often in their home as it was made for special occasions such as birthdays. I was surprised to find out that George, who fought in the revolutionary war, is actually buried in Hillsboro, Ohio.

One of Maude’s daughters was Jenoa. She married a man named Eugene in Missouri and had several children, her oldest was named Thelma. Thelma married a French Canadian with the last name of DeTonnancourt. They moved to Long Beach, California, where she was a librarian. They raised five children including Wanda.

Wanda married John Demmere, an airplane crash investigator, which took them all over the country with a brief stay in Hawaii. They raised two children, Gary and Dyanne. The family eventually ended up back in Long Beach.

Wanda’s daughter married Tom Radke of Montana. They actually met in Seattle, Washington, while Dyanne was on vacation with her family. After they married in Long Beach, they moved to Oklahoma. They later moved to Ohio where he worked for Rockwell International in Columbus. They had two sons. I married the youngest one, Philip.

We still make this cake for special occasions – keeping a long family tradition that I will pass on to my daughter.

Although we are unsure about what type of frosting Maude would have used back in those days, we do know that in the 1940 ‘s the family used two types of frosting for this cake: a penuche and a seven-minute. Today I have made a penuche which is the one I prefer on this spicy cake.