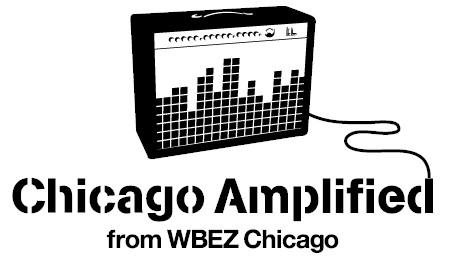 This event was recorded by Chicago Amplified of Chicago Public Radio as part of the Greater Midwest Foodways Alliance Fourth Annual Symposium.

Just us for our Fourth symposium on the diverse food cultures of the American Midwest, we will focus on the Great Depression’s impact on our culinary traditions.  We’ll explore an 8-cent Relief dinner, holiday celebrations, newsreels and Prohibition’s end.  Learn first-hand how Midwesterners ate during the Great Depression with lectures and tastings.

The Depression Comes To The Black Metropolis

Chicago’s black community responded to the advent of the Great Depression in several unusual ways:  By promoting greater citizens’ involvement in forcing the establishment to alleviate widespread economic distress, and by modifying its dietary habits to meet the scarcity of available, affordable food resources. Today’s soul food delights received a boost from past experiences with more meatless meals.

Cities and urban life as they transitioned from “prosperity” to depression.

Life radically changed for the worse for many Americans as the country moved from relative prosperity to depression in the 1920s and ’30s.  This presentation examines conditions in America’s major cities, focusing on how the depression impacted ordinary people and changed urban society.

Down on the Midwestern Farm During the Great Depression: Dust Bowl and Economics

Everyone knows about the great Dust Bowl that destroyed agriculture and drove farmers from their land in wide swaths of the Great Plains. But many do not know that the farm economy collapsed as food prices were deflated and surpluses could not be sold. Rural poverty was just as great as in cities, and in many ways, even worse. The federal government was forced to intervene on a number of levels and this set American farm policy for the next half century-and more.

Michael Gebert, freelance writer, blogger about food at Sky Full of Bacon and movies at Nitrateville.com

Perhaps no historical event went so quickly and directly onto movie screens as the Great Depression. Food writer and film buff Michael Gebert will talk about how Depression Era foodways were reflected in films of the period, and show clips depicting food in every context from soup kitchens to glitzy nightspots and from Automats to home kitchens.

Templeton Rye of Iowa, its history during and just after the prohibition
Michael Killmer, Brand Manager of Templeton Rye

History and anecdotes of Templeton rye, which has been made privately for decades though it bottled its first legal bottle only in 2006.

This Land is Whose land?

How some well-known and not well-known Americans met various challenges of the Great Depression by making their own new beginnings — spatial (for instance, by moving halfway across the country), political (say, by agitating on behalf of causes), professional (for example, by adopting a new life’s work) , and personal (for example, by falling in love and starting families).

At the beginning of the Depression Chicago Daily News reporter John Drury wrote Dining in Chicago (1931), a remarkable collection of restaurant reviews. It was followed two years later by A Century of Progress Authorized Guide to Chicago. These books provide fascinating insight into public dining in Depression-era Chicago—from chili parlors and sandwich counters to diverse ethnic choices to haute cuisine. After a brief introduction to Drury’s life and work, attendees will be free to examine Drury’s books as well as some original Chicago menus and postcards from the restaurants he wrote about.

In this presentation, I will provide commentary and photographs that delineate Ball Corporation’s role in food assistance to Muncie residents during the Depression. We will look at the public projects that the corporation led and the involvement of the community.

From 1923 through 1924, Muncie, Indiana, considered ‘Middle-class America’ was studied in depth by Robert Staughton Lynd and Helen Merrell Lynd, husband-and-wife sociologists. They would return to Muncie in 1935 to measure change in social structure as a correlate to the Depression. Long an industrial town with a history in manufacturing, Muncie also had a significant family farm economy. Ball Corporation established businesses in Muncie as far back as 1888 and had become synonymous with canning. The company employed a large proportion of the Muncie workforce in its various factories and played a significant role in daily discourse. Most households in suburban Muncie grew vegetables in their backyards. To help ease food cost burden to families, Ball Corporation set up community canning operations so that backyard garden produce could be canned for the winter. Ball Corporation also provided company land for apartment dwellers to grow food in community gardens.

In this presentation we draw on data from oral histories and archival documents to examine student foodways at Illinois State Normal University during the Great Depression. During this era, enrollments soared at “Old Normal” as teaching again became an attractive profession for both women and men. Most students lived in boarding houses and rented rooms around campus. Some heated meals in their rooms; others worked for their board; many brought food from the family home. One Rural Education student describes “living on peanut butter and pork and beans” and her envy of a housemate who dined on canned meat from her nearby family farm. A soda at the corner Co-op or a hamburger from Meltham’s was a special treat.

Such are the stories we have uncovered through the Old Main Project (oldmain.illinoisstate.edu), an archeological and oral history investigation of the first building of Illinois’ oldest public university. Our interviewees, alumni from 1935-1940, have shared their memories of working, living, and studying on and around campus. Many describe the ways they “made do” or “got by” and all relate feeling “lucky to be” at ISNU.

In this presentation, we will share information we have gathered through oral histories, photos, and artifacts that together create a picture everyday life and common foodways of students. We invite ISNU alumni and other audience members to share family stories of depression-era student foodways.

No Longer does the Holiday Table Groan Under the Weight of Food
Whitney Lingle,

This presentation looks at holiday meals during the Great Depression. What traditions were upheld and which were altered to fit the family budget? Many components of holiday meals were simply produced on a smaller scale, but as processed foods like Kraft Macaroni & Cheese and Spam entered the marketplace they incorporated into holiday meals. What did they replace? Radio shows, cookbooks and newspaper columns all advised families on ways to trim the budget while still enjoying the festivity of their favorite meals. These media outlets focused on putting your best foot forward while entertaining (even if the crown roast was made of frankfurters).

This paper recounts the early history of Steak and Shake, a hamburger chain started in Central Illinois during the Great Depression. My presentation begins with a description of founder Gus Belt’s original restaurant, a place he called “White House Steak and Shake.” I maintain that the key to its success at a time when many existing “white-box restaurants” (e.g., White Castles, White Taverns, White Towers) were closing was not the food. Rather, it was Belt’s insightful grasp of the Depression mentality and his talent as a showman. Belt made Steak ‘n Shake all about T-bones and porterhouses, marquee lights, heavy china, and bright boys and girls eager to take orders. His talent as a restaurateur was such that for the price of a hamburger he not only catered to customers’ hunger but served up a bit of fantasy. Sending people away feeling that they had been treated in a special way and making customers feel a little bit better about themselves was central to Steak n Shakes’ success amidst the Great Depression.

Beer Production after Prohibition: Setting the Stage for the Rise of the Mega-breweries.

The 1930s set the stage for the rise of the Midwestern mega-breweries that ultimately came to dominate the US brewing landscape. Prohibition had dealt the industry a serious blow that many smaller, local breweries didn’t survive. Reduced demand put additional pressure on those that did. Only breweries that could afford to adopt new cost-cutting technologies to achieve economies of scale would survive.

The American (Bad) Dream: Soup Kitchens and European Immigrants in Chicago in the 1930’s

Katerina Nussdorfer, PhD Candidate at University of Vienna in Austria

This paper deals with an introductory investigation of the hardships of Eastern-European immigrants to the U.S.A. during or before the Great Depression Era, in urban areas like Chicago, and who, though escaping difficult lives and seeking to find better prospects in the “land of promises”, were met with unemployment and hunger, which were in part remedied by the emerging of the soup kitchens (initiated by Al Capone but later on administered by other non- and government agencies).

The Maxwell Street Market, created by a city ordinance in 1912, transformed an early residential street into a thriving marketplace for nearly one century in Chicago.  Although its geographic boundaries shifted over time due to urban renewal and expressway construction, the informal bartering on Maxwell Street and discount shopping on Halsted Street remained constant. The Maxwell Street Market was rooted in Old World European traditions that became transplanted in an urban environment and created a distinctive marketplace known worldwide. Businesses that started there included Vienna Beef and NABISCO, fueled by 19th century entrepreneurs who pushed our nation forward with their innovation, ingenuity, and resourcefulness. In the marketplace, vendors, merchants, foods, and merchandise all contributed to the unique character Chicagoans and others called “Maxwell Street.”