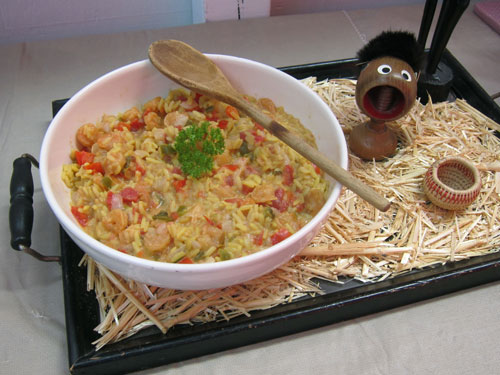 The farm. It’s were six generations of my family have learned about hard work, were their food comes from whether it be the animal or plant variety, and were they learned about the great outdoors. On the farm you can expect to get dirty whether from hard work and sweat or mud in the crick bottoms when you sneak off for a cool afternoon swim. On the farm is where love of the land and its creatures is learned. But on the farm several generations ago, it was also where girls learn that their place isn’t necessarily out in the barns, or in the fields, and it’s most definitely not in the calving pens or breeding house. No, young girls, and especially young ladies, would NEVER venture into THOSE kinds of places­their place was in the home, with the mothers and grandmothers learning about sewing, and cooking, and cleaning, and other such boring, mundane, tedious, unfulfilling tasks …. Just ask my Aunt Frannie …

Nancy Frances Wertheim grew up on the family farm in the 1940’s. And she did NOT like the inside chores, no question about it. She wanted to be in the barns were all the action happened. And she was going to be a big animal vet, the first WOMAN VET in the whole of central Illinois. She had a plan, she had a goal, her mind was focused …. and then her dad and brother intervened. No farmer, no rancher, would want a lady doctor tending to their animals – be a regular doctor, a people doctor they told her; and over time, they slowly wore her down until when the time came to apply to medical school it wasn’t to the U of I Vet school, it was to Southern Il Medical SchooL.but she didn’t bend on one item, she would help bring life into this world, and so she became an obstetrician, a baby doctor.

Now, if you’re wondering how this story could possibly lead to a family heirloom recipe, well as Paul Harvey used to, here’s the rest of the story …..

Although my dad and grandpa were able to talk Aunt Frannie out of being a veterinarian, they weren’t able to ever quite squelch her need for adventure. And as a “people’s” doctor, her skills were in great demand …. here in the US AND abroad …. way far away, abroad …. c1ear on the other side of the world in Mozambique & Zimbabwe; yup, my Aunt Frannie became a traveling doctor whenever her schedule would allow for it and off to Africa she’d go.

At first, the people who came to the clinics assumed she was a nurse, as there were many nurses there from the Red Cross (pic at right – Aunt Frannie top row, far rt). And of course there were those that were quite skeptical of anyone who was practicing medicine without using the herbs and other potions like the Shona Witch Doctors (left); but most were just skeptical that a woman could be a doctor. But over time, the people of Mozambique & Zimbabwe forgot that she was a women and were just thankful she was there willing to help them and their children.

Sadly though, these types of clinics are for people of humble and meager means, but they were so thankful for all the healing that they would try to give gift items to my Aunt Frannie …. goats, tribal shield, zebra drum, fertility statue (on the display) and meals.

Now, as everyone knows, most food is not safe for consumption in undeveloped countries for non­native people to eat, but my Aunt Frannie, as previously mentioned, was an adventurous soul. Because of this, she was able to try many of the native dishes and bring them back home with her. And one such amazing dish was a shrimp & fish stew.

In Africa, the shrimp are different – they have yellow shrimp and red cherry shrimp – but for the most part, it is similar to our crawfish. And growing up on the farm did allow for the kids to learn how to catch crawfish; but Aunt Frannie was partial to shrimp, real shrimp, from the ocean not the muddy crick …. And thus over time, the dish has slowing evolved with each generation has adding their twist or flare to the dish.

And of course, we only use the freshest ingredients from the farm – peppers, onions, tomatoes – and if we’re really feeling up to it, we could still go down to the crick and catch some crawdads to add instead of store bought shrimp.

2 small or 1 large can coconut milk

In a large skillet, heat the olive oil until shimmering. Add the onions and bell peppers and cook for about 5 minutes – do not let them burn – until soft. Next add all remaining ingredients except the shrimp and rice. Cover and simmer until liquid is reducing by 2/3’s and “stew” seems to thicken, about 35 minutes. Add shrimp and cook until shrimp are opaque, approximately 5 minutes. Set aside to cool slightly while preparing yellow rice.

In a medium size sauce pan, prepare your favorite yellow rice according to the directions on the box. Remove rice and place in serving bowl; pour shrimp “stew” over the rice and mix thoroughly; dish up and enjoy!