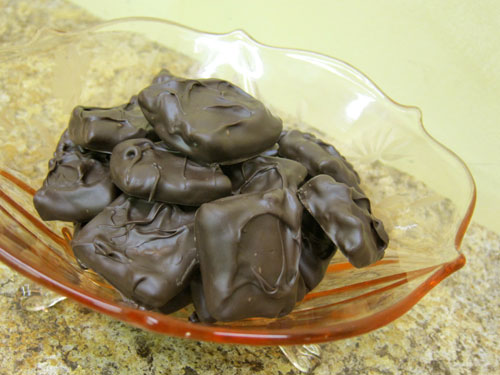 Candy making has always been a big deal in my family. My Grandmother learned to make candy when she was a child by helping her mother at Christmas time. As she got older, she learned to make a larger variety of candies and eventually began competing at the Indiana State Fair just to see if she could beat someone. She would make the candy and my Grandfather would pick out her “show pieces” for competition. Working together as a team, for over 65 years, they still hold the record for more grand prizes than anyone in the candy division.

I was fortunate enough to be able to learn from the best. Several afternoons of lessons taught me not only how to make her candies, but allowed me special time with my grandparents that will never be forgotten. She shared recipes and tricks to make the candy work just right and that sometimes you have to be sneaky and not share everything you know. She also told me that it’s not just about the ribbons or premiums that you may win, but trying your very best and seeing how you can improve from year to year. But, she added, winning a big purple ribbon is always fun.

Generously grease a baking sheet with butter and set aside.

Immediately remove from heat and stir in the nuts and vanilla.

Pour into prepared pan and score into pieces after one minute.

Let it sit until it is cool enough to handle and then break along the score lines. Melt Confectioner’s Chocolate of your choice and cover pieces completely.