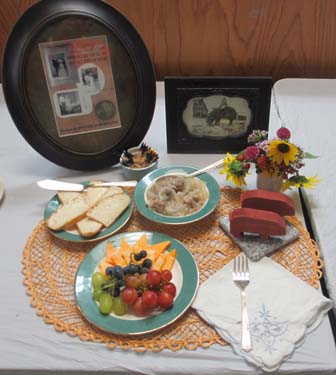 When was the last time you invited your friends and neighbors to a “Pickled Pig Foot” Feed? NO ????

Well, maybe, if you had known Granny Clampett. We were all entertained (except Mr. Drysdale) by the “Nose to Tail” cuisine of the Beverly Hillbillies during the 1960’s sitcom. Those were some tasty vittles.

But for many cultures, this was the only way of life known. Every part of the animal needed to be utilized. So also, was life on the farm during the homesteading and depression years. Even in more recent times, seems like you always would know when the meat in the freezer was running low. Emerging from the depths were the heart, kidneys, and ham hocks! This was usually in the summer, when, after these “cuts” were gone, the freezer would be defrosted. It would then be ready for the new harvest of green beans, tomatoes, corn … and the butchering of chickens, a beef, and a hog for the family’s winter consumption.

My Great-Grandfather Micheal Goyke came from the Chicago area in the 1880’s to homestead in Hand County. During the Blizzard of 1888, my Grandfather, Bernard Goyke was born on that homestead. Micheal raised Duroc Jersey hogs, and later Bernard followed in his father’s footsteps on the same homestead, with his wife Anna and daughter Berniece.

The 1860’s saw development of the Duroc (the red pig) breeding program. The breed became more refined, producing a moderate hog with qualities well suited for finishing. With its heavy muscularing and succulance of the meat, the Duroc was a great choice for light pork to heavy hog production. The breed featured quick growth, deep body, broad ham and shoulders. It also had tenacity when looking after its young, combined with docility between times, which made it an ideal candidate for an outdoor pig. (Photo from about 1920 of my mother, Berniece Goyke Simons riding a Duroc hog when she was about 6 or 7). The Duroc gained popularity during the 1893 Chicago World’s Fair at the 1st successful Duroc Hog Show. (The dishes are the same pattern my Grandmother, Anna Goyke used everyday. Although I do not have her dishes, I was able to find these at auctions and thrift stores.)

The wealthy viewed the knobby, gelatinous ham hocks as undesirable. Laborers used the marrow-rich bones and meat to flavor beans, vegetables, and broth. These were often referred to as “seasoning meats”. The gelatin is collagen extracted from connective tissues of animals. The fibrous protein is the organic part of bones and teeth. It also contains the amino acids proline and glycine, which increase digestion and utilization of many dietary proteins. It’s also helpful in the healing of soft tissues and wounds, and the formation of cartilage and bones. Minerals in the broth made from the bones are easily absorbed and promote the health of the intestinal tract. Acid is necessary to extract the minerals from the bones, hence the use of vinegar. The gelatin can be used as a spread on bread, or if you don’t like it for that, it can be added to sauces or soup. Great flavor and nutrition! Collagen also works with elastin which gives the body tissues flexibility. This is very important to the lungs, bones, tendons, and even blood vessels. As people age, collagen degradation occurs … which results in wrinkles .

1 cup of meat with the bone removed contains approximately 170 calories, of which about 97 is from

THE VIRTUES OF VINEGAR

Vinegar helps the body better absorb calcium from green vegetables and helps extract the minerals out of the bone during processing. During the last 20 years there have been very few, if any, published studies of the health benefits of vinegar. However,over the years, there has hardly been an ailment, at some point, that vinegar has not been touted to cure.

It has been shown to improve the general health in many ways. It benefits the digestive system, improving the absorbtion and utilization of several essential nutrients.

Although these should actually be called pickled ham hocks, pickled pig’s feet is just more fun to say.

And as the saying goes: 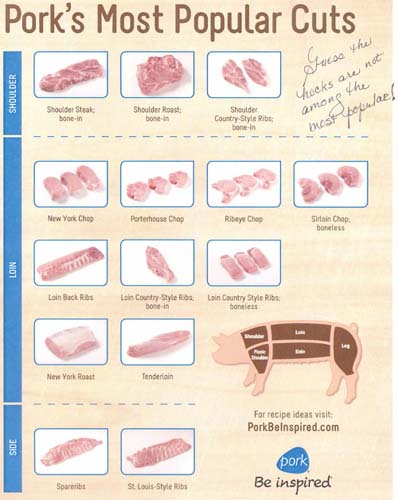 4 ham hocks
2 bay leaves
3 Tablespoons pickling spice
3 teaspoons salt
1 dried chili pepper
1 large onion, sliced
Water to cover
Place hocks in large pot with onion, spices, and chili pepper.
Cover with cold water. Bring to a boil, reduce heat and simmer until meat is
Tender and falls from the bone. Remove from heat to cool.
Remove pork from the liquid,
remove skin and most of the fat. Separate the meat from the bone. Discard the bone, fat, and skin.
Strain the liquid, place back in the pot and reduce by 1/3. Add vinegar to taste ( I like about 1 cup). Add meat and 3 Tablespoons pickling spice in cheesecloth and bring to boil. Reduce heat and simmer for 15 minutes. Add another sliced onion
if desired. Pour into bowl and refrigerate for 3-5 days to set. 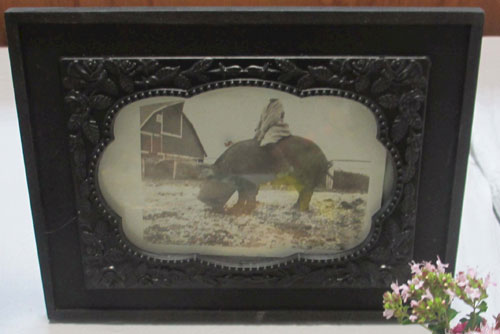